Gregory Maguire is the New York Times bestselling author of Wicked: The Life and Times of the Wicked Witch of the West, Confessions of an Ugly Stepsister, Mirror, Mirror, After Alice and many other novels for adults and children. Many of Maguire’s adult novels are inspired by classic children’s stories. Wicked transforms the Wicked Witch of the West from L. Frank Baum’s 1900 book The Wonderful Wizard of Oz and its 1939 film adaptation into the misunderstood green skinned Elphaba Thropp. It served as the inspiration and basis for the beloved blockbuster and Tony Award-winning 2003 Broadway musical Wicked, currently Broadway’s fifth longest-running show. The book is currently celebrating its 25th anniversary in print with a new hardcover edition.
Maguire was born and raised in Albany, New York. He received a BA in English and Art from the State University of New York at Albany, an MA in Children’s Literature from Simmons College, and a PhD in English and American Literature from Tufts University. Maguire has lived in Dublin, London, and the greater Boston area. He has lectured on art, literature, and culture internationally. His latest novel is A Wild Winter Swan (2020). He currently lives with his family near Boston, Massachusetts. 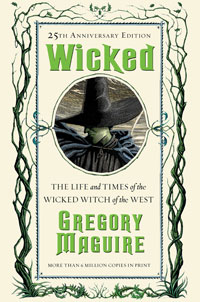 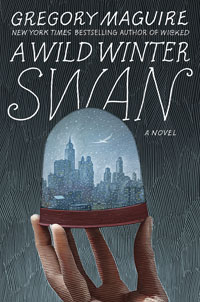