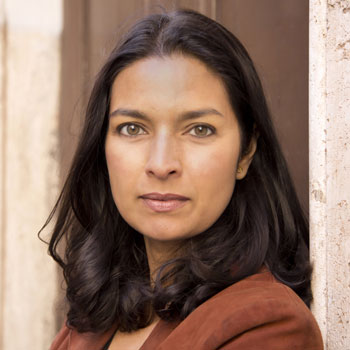 Jhumpa Lahiri is an American author known for her short stories, novels and essays in English, and, more recently, in Italian. Her debut collection of short-stories Interpreter of Maladies (1999) won the Pulitzer Prize for Fiction and the PEN/Hemingway Award, and her first novel, The Namesake (2003), was adapted into the popular film of the same name. Her second story collection Unaccustomed Earth (2008) won the Frank O’Connor Int’l Short Story Award, while her second novel, The Lowland (2013) was a finalist for both the Man Booker Prize and the National Book Award for Fiction. In these works, Lahiri explored the Indian-immigrant experience in America. Her abilities to convey the oldest cultural conflicts in the most immediate fashion and to achieve the voices of many different characters are among the unique qualities that have captured the attention of a wide audience. Listed by Time, Vogue, Harper’s Bazaar, and Buzzfeed as one of 2021’s most “anticipated novels”, Lahiri’s most recent novel, Whereabouts, was released in April 2021.
Born in London, Lahiri moved to Rhode Island as a young child with her Bengali parents. She is a graduate of Barnard College and has a PhD in Renaissance Studies from Boston University. In 2011, Lahiri moved to Rome, Italy and has since published two books of essays, and, in 2018, published her first novel in Italian. Lahiri was awarded the prestigious National Humanities Medal in 2014. She has been a professor of creative writing at Princeton University since 2015, and currently divides her time between Rome and Princeton. 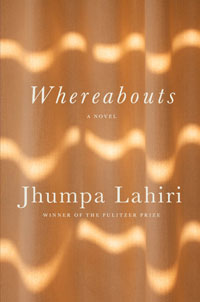