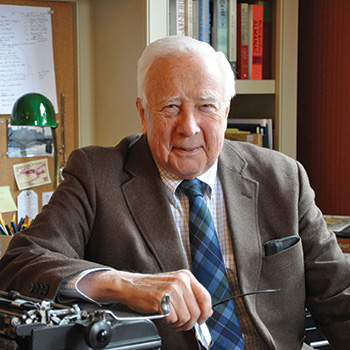 David McCullough is an American author, narrator, historian, and lecturer. He is a two-time winner of the Pulitzer Prize and the National Book Award and a recipient of the Presidential Medal of Freedom, the United States’ highest civilian award. Born and raised in Pittsburgh, McCullough earned a degree in English literature from Yale University. His first book was The Johnston Flood (1968); and he has since written nine more on such topics as Harry S. Truman, John Adams, the Brooklyn Bridge, and the Wright Brothers. His most recent book The American Spirit: Who We Are and What We Stand For, is a collection of his speeches and a New York Times bestseller. McCullough has also narrated numerous documentaries, such as The Civil War by Ken Burns, as well as the 2003 film Seabiscuit; and he hosted American Experience for twelve years. David McCullough lives in Boston with his wife Rosalee. They have five children and nineteen grandchildren.

“Splendid. If nations appointed historians laureate, David McCullough would surely be ours.” – The Washington Post 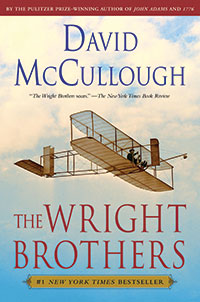 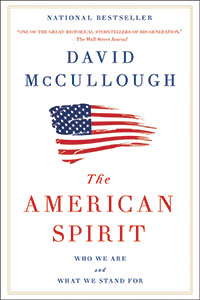